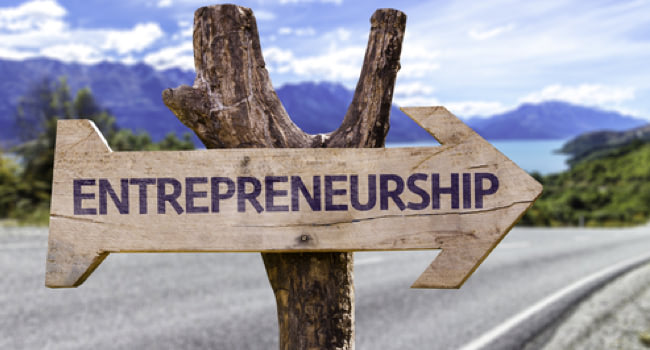 Tell me who you are starting with and I will tell you if I should invest in you.

If we were to stroll around Barcelona, London, LA or Singapore asking people to describe in a minute how an entrepreneur is, surely many, knowing or not, could establish an archetypal portrait of his figure: someone between 30 and 40 years old, with a sporty, ambitious style, linked to business schools or research institutes and with an international character. An aspiring winner, with an iPhone in his pocket and an iPad in his wallet.

Should the composition of an entrepreneurial team be taken into account when assessing a start-up for a future investment? No doubt. Experience determines that. But if you, an entrepreneur, are still clear about it, take risks and transform those inconveniences into opportunities to convince investors to bet on you.

We can speak in singular or plural. For a team to be productive, it must take into account certain premises of a more human nature, especially to analyse what type of relationship unites the different founding members of a start-up and what role they play within the company. Nowadays, knowing how to work as a team is essential for the optimal development of a project in a social era. But the mere fact of constituting a team with two or more individuals implies different sources of opinion, and this can create a balance that leads to productive equilibrium or destructive conflict. The future or success depends on the team, the economic viability of the project and the professionalism of the entrepreneurs. Venture Capital bets more on the team than on the project. A great project with a badly cohesive team can stay on that, a project.

Some options present more drawbacks or risks, which poorly managed can lead to failure.

When a company is created through blood ties, many determinants appear that in another start-up without this structure, would go completely unnoticed. For example, between father and son, different opinions may cost more to emerge from a filial parental relationship where there is a greater degree of loyalty and obedience. That union is positive, if the two parties involved are a single point of view when negotiating with investors. And in turn, investors have the assurance that talking to one of them is like talking to the whole team. As a counterpoint, father and son can be a hard core of separation, where the son is likely to be more willing to yield to the father’s decisions than to an investor.

Another blood tie belongs to the brothers. Perhaps the most widespread family format in the world of entrepreneurship, but not without danger. The same family position, siblings with the same treatment within the family, is usually transferred to the roles of the company. What does this mean? You want to earn the same salary with different skills. Almost always the roles are different, and therefore the salaries should be defining the position of each brother within the start-up. In addition, there are teams where brothers do not want to sacrifice positions to allow the entrance of an external CEO, and this can slow down the evolution of the company.
Marriage is the social institution that perhaps carries more risk, both positive and negative. First of all, in a marriage you have to assume that the roles of the household should not be the same as in the workplace. Another added risk comes when economic well-being depends on the start-up, where the two entrepreneurs work and is the only source of income for the family. This can further fuel anxiety if economic expectations are not met and children are born.

If the couple is united, as happens between parents and enterprising children, the investor ends up negotiating with a convinced representative who picks up the thinking of the team. On the other hand, there are information, opinions and strategies to which the investor will not have access due to the privacy of the marriage. Moreover, knowing that there are decisions conditioned by couple bonds, sentimental arguments, and not purely financial aspects.

Many times, the position of each of the two members at the time of the foundation of the start-up is also influenced. If they are at the same technical level, if they have different roles, if one of them is the genius and the other is drawn into the company because of its success. If the presence of one of the members in the start-up from one point of the company’s growth is unnecessary, it is much more difficult to make the other understand by logical reasoning that their services are expendable, because factors and emotional pressures intervene.

The key to success lies in learning to separate strictly family and work life. In fact, the paradigm of the small SME’s company has always been the family business that passes from generation to generation and where couples, brothers and sons intervene in the same trade or industry. The investor does not participate in this basic rule, the investor is not part of the family. In some cases, the investor can be seen as an outsider who comes to join the company and steal the profits that should be only for the family, without contemplating that perhaps thanks to an investor the start-up goes ahead.

The fear most feared by Venture Capital investors is that the couple will break up their relationship because it can dynamite the start-up, making it a source of dispute. On the contrary, a united family, with a very clear common objective: the company, can greatly favour its evolution and expansion. It is difficult to manage family and work, but if these two conditions come together we must establish roles, family protocols with rules of coexistence and relationship between the different members of strict compliance.

If a company founded by a couple itself is a source of conflict, an additional source of conflict is to add an investor. The external investor often brings out and evidences the inherent and entrenched conflicts by mixing professional and financial issues, not being involved in the family plot.

Now let’s talk about friends, including also, colleagues or former co-workers, university, etc. We can talk about two possibilities: friends who have previously worked together and those who have not. The latter obviously carries more risk than the former. The first lesson is that you can’t do business with all your friends. Just like you can’t live with all your friends.

If you do business with a friend you can lose the friendship, but also the money, which in the case of entrepreneurs, often comes from an investment fund Venture Capital or a Business Angel. For the proper functioning of the start-up, a pyramid must be built under the leadership of the team leader. It is preferable that the foundation that unites the team is the ambition for the success of the company, not the individual benefit.

That one of the members stands out professionally and is the visible head, is necessary and not always accepted by the rest of the start-up. A leadership that others recognize and support must be accepted, since it is not a privilege; it assumes much more burden, pressure and responsibility. Many times, this “sacrifice” is the key to success. If everyone believes that they must negotiate in a way, which one prevails? Are there different interests? What should the investor use when negotiating and advising?

Finally, we talk about the most popular option, the entrepreneur who only seeks success with his project. A priori, it has no negative effects if over time it is able to create a team, recognize its weaknesses and delegate responsibilities. The main risk: he concentrates all the potential and that can make his ego grow in excess. Ambition is good, blind ambition is not. The entrepreneur must turn these shortcomings into the incorporation of talent for the company. The investor, in this case becomes the interlocutor that accompanies your strategy.

Last but not least, we intend to read this article from the perspective of an investor, without thinking at any time that highlighting concerns of institutions of personal circumstances such as marriage, the family relationships or values such as friendship. Rather, the risks that these situations entail for an investor, which form the backbone of a start-up, must be the best possible solution. The entrepreneur must decide which structure he or she takes, which roles fit each member and try to separate private and professional life as much as possible, although sometimes it is practically impossible. It is simply necessary to value how human factors and social relations will respond to financial activities such as Venture Capital.

Nekko Capital is a Glocal Venture Capital with a city hub strategy based in 3 cities with large investment opportunities: Barcelona, London and Madrid.