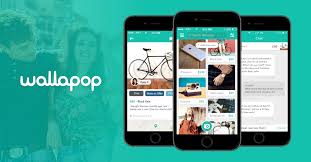 Barcelona, February 25th, 2021. Wallapop, the leading platform for a more human, sustainable and responsible way of consumption, today announced a Series G funding round of €157 million, achieving a company valuation of €690 million, the highest figure ever attributed to the business. The round was led by Korelya Capital, a Paris based late-stage venture fund, and backed by NAVER, Korea’s leading internet company. Existing shareholders participated in the round, including Accel, Insight Venture Partners, 14W, GP Bullhound and Northzone.

Wallapop’s geo-localised technology connects a community of 15 million users in Spain by offering an easy and convenient way to buy and sell items no longer used. The platform, which has found a second home for more than 180 million items, provides people with access to unique goods at great prices while extending the life of fully functional products. Since its inception, wallapop has been committed to continuous innovation in the online classifieds industry and second-hand market and aspires to use technology to contribute to sustainability.

The company has closed 2020 with a revenue growth of over 50%, proving the consolidation of its monetisation channels and its business model. Despite stopping its operations during Spain’s COVID-19 lockdown, the platform experienced a spike of 50%[1] in its activity via wallapop Envíos when restrictions were lifted. Throughout the year, wallapop has continued to work on new features making it easier to buy and sell on its platform, including the launch of a new home pick-up service via wallapop Envíos, managed in collaboration with SEUR. In 2020, the company obtained a 240% revenue increase in wallapop Envíos during Black Friday and registered 17 million visitors in November.

This latest round will enable wallapop to continue to expand its footprint in the Spanish market and deliver a world-class experience to its community. The company’s plan for 2021 includes improving its user experience – by making it more convenient to buy and sell second-hand and unique products -, evolving its intermediated e-commerce experience with wallapop Envíos and continuing to build its platform for small businesses and entrepreneurs.

“Wallapop’s fundamental purpose to facilitate a more conscious and human way of consumption that creates economic opportunities for people has become more relevant than ever”, explains Rob Cassedy, CEO at wallapop. “At a time in which society is experiencing the economic impact of COVID-19, we are committed to using technology and disruptive innovation to empower our buyers and sellers to participate in a new, more sustainable way of consuming. We are very excited to partner with NAVER, one of the world’s most innovative tech companies, as we continue expanding wallapop’s footprint by bringing the best experience to our community”.

The agreement will facilitate collaboration between NAVER and wallapop, with NAVER’s first-class technology accelerating wallapop’s innovation capabilities, as the Korean tech giant increases connection with the European startup ecosystem. The transaction recognises wallapop’s leadership in the classifieds sector in Spain, its strong growth potential in the e-commerce sector and its mature and innovative tech product, which has expanded to accommodate the intermediated buying and selling of second-hand products with wallapop Envíos. In recent years, wallapop has focused on capitalising the trend towards sustainability within technology by continuing to disrupt the second-hand market through promoting a more responsible way of consumption.

Seong-sook HAN, CEO of NAVER Corp., adds: “The global demand for C2C and resale platforms is growing with renewed commitment in sustainable consumption, especially by younger millennials and Gen Z. We agree with wallapop’s philosophy of conscious consumption and are enthused to support their growth with our technology and to develop international synergies. With Korelya Capital, we hope to discover and invest in startups throughout Europe, that will become the next local champions and strong global partners.”​

“Our economies are switching towards a more sustainable development model; after investing in Vestiaire Collective last year, wallapop is Korelya’s second investment in the circular economy, while COVID-19 is only strengthening that trend. It is Korelya’s mission to back tomorrow’s European tech champions and we believe that NAVER has a proven tech and product edge that will help the company reinforce its leading position in Europe,” concludes Fleur Pellerin, CEO of Korelya Capital.

Nekko Capital advised Korelya Capital and NAVER on the deal.

[1]  Metrics retrieved during the first week after restrictions were lifted in May, in comparison with a standard week of February 2020 (prior to the implementation of pandemic restrictions in Spain)

Wallapop is the leading platform for a more humane, sustainable and responsible consumption. Through an easy, fast and secure process, wallapop proposes a new way of consuming so that people can live more with less. By connecting buyers and sellers, wallapop encourages users to give objects a second life, thus contributing to a more conscious consumption. Wallapop is present in all categories of consumer goods and is also a reference in more specific categories such as motor vehicles, where it is the leader among private individuals.

NAVER Corporation is Korea’s leading Internet company and ‘NAVER’ search the nation’s no.1 search engine. Since its inception in 1999, NAVER has created value and innovative services in a wide variety of fields including advertising, e-commerce, digital content, cloud, AI/robotics and Fintech, based on deep technical know-how, user understanding and data. NAVER leads the Korean market and has continued to grow globally with services such as LINE, WEBTOON and SNOW. NAVER has a market capitalization above 60 trillion KRW (57 billion USD) and is the third most valuable company in Korea.

Founded and chaired by Fleur Pellerin, former French Minister of Digital Economy and Culture, Korelya Capital is a late-stage venture fund with €300 million under management with offices in Paris, London and Seoul. Since its creation in 2016, Korelya Capital has notably invested in European Tech champions such as Vestiaire Collective, Glovo, Bolt, GetYourGuide, Devialet and Ledger. Korelya Capital supports European technology start-ups in their development with the ambition to create a strong European Tech scene. It also offers them an opportunity to develop in Asia through their Seoul office, their network and the experience of NAVER and its subsidiary LINE.

Nekko Capital is a Glocal Venture Capital with a city hub strategy based in 3 cities with large investment opportunities: Barcelona, London and Madrid.